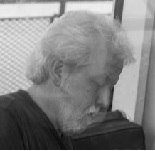 ANDREW WOLFENDON’s path to novel-writing was a winding one. His first creative loves were music and theater. In his mid-twenties. he joined with an old college friend to write, produce, and perform a traveling comedy act. It was then he discovered he enjoyed the writing more than the performing and earned his master’s in writing at Emerson.

For several years, he penned optioned screenplays and then fell into the computer-game industry, where he wrote many of the “classic” kids’ software titles of the ‘90s and ‘00s, such as Darby the Dragon, several Magic Tales and JumpStart titles, and 3D Dinosaur Adventure. After an enjoyable career in games, Andy finally came around to working on his first love—books. He has ghostwritten over sixty titles. Fishermen’s Court is his first novel. Best Thrillers calls him an “exciting, fresh new voice,” and a “gifted debut novelist,” and the book has been called “a thriller of epic proportions,” and “one of the most suspenseful books I ever read.”