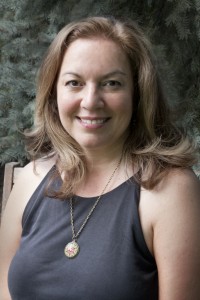 LORETTA NYHAN was a reader before she was a writer, devouring everything she could get her hands on, including the backs of cereal boxes and the instructions booklet for building the Barbie dream house. Later, her obsession with reading evolved into an absolute need to write. After college, she wrote for national trade magazines, taught writing to college freshmen, and eventually found the guts to try fiction.

When she’s not writing, Loretta can be found knitting, baking, and doing all kinds of things her high school self would have found hilarious. She lives in the Chicago area.