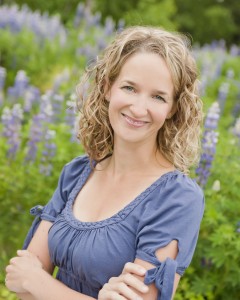 STEPHANIE THORNTON is a writer and high school history teacher who has been obsessed with forgotten women from history since she was twelve. Her first two novels, The Secret History: A Novel of Empress Theodora and Daughter of the Gods: A Novel of Ancient Egypt retell the lives of two of ancient history’s forgotten women while her third and fourth books, The Tiger Queens and The Conqueror’s Wife, center around the women who helped launch Genghis Khan’s and Alexander the Great’s epic conquests.

Her latest project, American Princess (Berkley 2019), reimagines the life of wild child Alice Roosevelt, resident Washington D.C. hellion and eldest daughter of Theodore Roosevelt. Her next book, And They Called It Camelot, a novel about Jacqueline Bouvier Kennedy Onassis, will release from Berkley in 2020.

Stephanie lives with her husband, daughter, and three-legged kitten in Alaska, where she’s at work on her next novel about Jackie Kennedy (Berkley 2020).