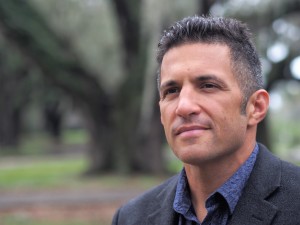 Andrew Feldman attended Tulane University in New Orleans. Spending one year abroad at the University of Sussex, England, he graduated with a Bachelors of Arts in Philosophy. He was commissioned as a Lieutenant in the Marine Corps, and after attending Officer Candidates School and The Basic School in Quantico Virginia, he served in Okinawa, Japan and in Quantico, Virginia.

While in the Marine Corps, Feldman completed a Master’s Degree in Writing and Literature at Norwich University. Following his military service, he left the United States to study French in France, and continued his studies there until he had completed a second Master’s degree in Linguistics, ESL, and Translation and then a doctorate degree in Comparative Literature at the University of Paris IV, La Sorbonne. His doctoral dissertation examined the art of storytelling in the works of Albert Camus and Ernest Hemingway. He has taught in universities, high schools, and cultural centers in the United States, France, Morocco, Costa Rica, Salvador da Bahia, Florianopolis, and Barcelona. He speaks fluent French, Spanish, Italian, and Portuguese. He spent the last two years conducting research on Hemingway in residence, at the Hemingway Museum and Library, located in a suburbs of Havana, Cuba. (He was the first North American to be granted permission to research in residence in at the Museum.) After two years in Cuba, he returned to the United States where he and his wife and child reside in New Orleans where he continues to pursue his research. As a professor, he has taught at the University of Maryland, American Public University, and Tulane University. Ernesto: Hemingway’s Life in Cuba will be published by Melville Books in 2017.