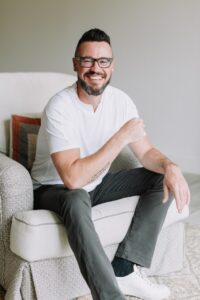 DAVE HOLLIS, New York Times bestselling author of Get Out of Your Own Way, works to inspire others to take control of their lives and create a future of fulfillment and purpose. As a former president of distribution for the Walt Disney Studios, Dave has seen both the negative consequences of limiting beliefs and the positive power of imagination, dreams, and believing in oneself. Dave is a member of the Motion Picture Academy and has been an advisor or board member of technology incubator Fandango Labs; philanthropy start-up Givsum; film charity Will Rogers Pioneers Foundation; Pepperdine’s Institute for Entertainment, Media, and Culture; and foster-care champion National Angels. A father of four and former foster parent to four more, Dave lives with his family in Austin, Texas, where he drives a 1969 Ford Bronco named Incredible Hulk and has a mini schnauzer named Jeffrey.