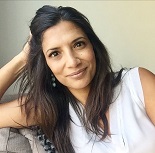 PARIA HASSOURI is a pediatrician, mother of three, trans rights activist, and runner. She graduated form the University of Pittsburgh School of medicine in 1999 and completed her residency training at the Cleveland Clinic Foundation in 2002. Since 2006, she has been residing and practicing in Los Angeles.

Paria was a regular contributor for Women’s Running Magazine, publishing more than forty essays online and a few in print on how running transformed her life, before moving on to write personal essays on topics such as parenting a transitioning teenager, the interplay of pediatrics and motherhood, and the immigrant experience. Paria’s personal essay “I Battled My Body For 30 Years, Having A Transgender Daughter Changed Everything” was published in The Huffington Post and has been translated into multiple languages. Her essays have also been published in The Washington Post, The Los Angeles Times, Kevin MD, and Grown and Flown. She has also presented twice on stage at Expressing Motherhood in Los Angeles and been a guest on multiple podcasts.  She can be found on Twitter @pariahassouri and on Instagram @laparia, or through her website, http://www.pariahassouri.com.