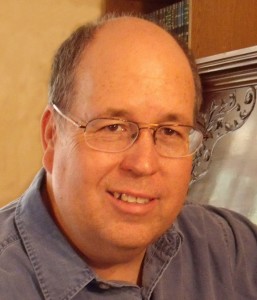 GEORGE D. MORGAN has a BA in English/Creative Writing from Cal State University Channel Islands an MFA in Writing for the Performing Arts through the University of California, Riverside. George is the Playwright in Residence at Caltech in Pasadena and has written and co-written more than a dozen stage plays and musicals. In 2001, his play SECOND TO DIE was adapted into a film starring Paul Winfield and Erika Eleniak.

In 2007 his screenplay SHORT LINE won First Place in the International Family Film Festival screenwriting contest and has been optioned several times. In 2008, his play ROCKET GIRL, the true story of America’s first female rocket scientist, premiered at Caltech. He followed up two years later with PASADENA BABALON, the story of Jack Parsons, founder of the Jet Propulsion Laboratory. In 2013, his book adaptation of Rocket Girl: The Story of America’s First Female Rocket Scientist was published by Prometheus Books. His play THE WIGGLE ROOM recently premiered in New York. He is currently working on a musical play about Jimi Hendrix. His book, To the Moon and Back: How America Achieved History’s Greatest Adventure will be published in the Fall, 2020.

George is a member of the Writers Guild of America and the Dramatists Guild. George and his wife Lisa live in McKinney, Texas, and Santa Paula, California. They are the proud parents of a whole bunch of children.