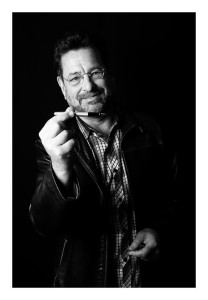 MICHAEL GARDINER is the regular weekly food writer for San Diego CityBeat, an alternative weekly with a weekly circulation of 50,000 (for which he won a 2018 San Diego Press Club award) and a contributor to the food section of the San Diego Union-Tribune, San Diego’s newspaper of record with a daily print circulation of over 120,000. Gardiner is also a freelance writer with publications in Edible San Diego, Thrillist, and Fox News Latino, amongst others. He is also the primary writer for the San Diego Food & Travel Blog and one of the two co-hosts of the Art of Spooning Podcast – focusing on issues in food and the restaurant industry in San Diego and nationally – on the Specialty Produce Network.

Gardiner, like many others in the food world, learned to cook at his mother’s apron. While Gardiner is Jewish he did not grow up in a Kosher environment. When his sister, Jacqueline, married an observant Conservative Jew – they kept a Kosher home – the rules at family gatherings changed: the food had to be Kosher. Determined that – the laws of Kashrut notwithstanding – the food at family celebrations would not be boring, Gardiner set about learning the Jewish dietary laws and what is possible within the parameters of those laws. Contemporary Kosher is the result of that process.