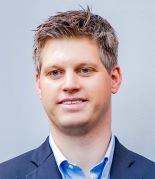 He has co-produced some of the world’s largest social impact campaigns and events such as the annual Global Citizen Festival in Central Park, New York, the Guinness World Record-winning virtual concert One World: Together At Home, and the centennial celebration of Nelson Mandela (Mandela 100).

As well as reaching millions of people in over 150 countries, these campaigns have helped secure more than US$40 billion towards local and regional organizations providing access to lifesaving medical treatment, sanitation, education, equity and empowerment, and climate residency efforts. Amongst other awards, One World received Guinness World Records for most money raised for charity by a remote music festival.

He has spoken on policy advocacy, sustainable development, corporate responsibility at numerous conferences/summits around the world. He was named as a finalist for 2017 Young Commonwealth Person of the Year and is also a board member for the Ban Ki-moon Centre for Global Citizens, and is on the Leadership Council of aable, a financial technology company which connects compassionate investors to underbanked people across the world. He is also a member of the Advisory Board of the Nigerian Solidarity Support Fund.