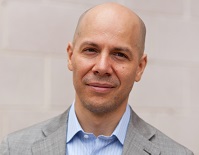 RAUL GALLEGOS is a journalist, columnist and a politics and energy business analyst in Latin America. He is the author of Oil Basket Case: The World’s Craziest Oil Rich Economy (Potomac Books 2016) that tells the story of Venezuela’s oil drunk economy. Raul worked as the Latin America financial columnist for Reuters Breakingviews, the analysis and commentary unit of Reuters, and as a writer for Bloomberg View, the editorial division of Bloomberg.

For five years, Raul served as the oil correspondent for Dow Jones and the Wall Street Journal in Venezuela and as an OPEC team correspondent in Vienna. He has covered U.S. financial markets, emerging capital markets and led a team of journalists covering Wall Street for Institutional Investor in New York. His work has appeared in the Los Angeles Times, the Miami Herald, Slate, and in newspapers across Latin America, Europe and Asia. He has been a frequent guest commentator on CNN en Español.  Raul obtained a BA in economics from the University of California at Berkeley and he has a master’s degree from Columbia’s School of International Affairs. He was a 2010 Knight-Bagehot Fellow at the Columbia Business School. Raul grew up in El Salvador and is currently based in Bogota, Colombia.