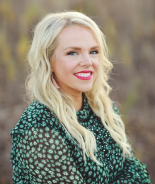 Wall Street Journal and #1 Amazon bestselling author WINTER RENSHAW is a bona fide daydream believer. She lives somewhere in the middle of the USA and can rarely be seen without her notebook and laptop. When she’s not writing, she’s thinking about writing. And when she’s not thinking about writing, she’s living the American dream with her husband, three kids, a Bernese Mountain Dog, and a pug who officially owes her three pairs of shoes, one lamp cord, and an office chair.

Winter also writes psychological suspense under her Minka Kent pseudonym. Her debut, THE MEMORY WATCHER, hit #9 in the Kindle store, and her follow-up, THE THINNEST AIR, hit #1 in the Kindle store and spent five weeks as a Washington Post bestseller. Over the years, her work has been mentioned by The New York Post and People Magazine, as well as optioned for film and television.