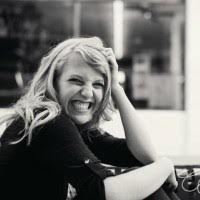 Watty Award winning author ALISON GERVAIS is a current undergraduate student at Colorado State University-Pueblo, and has been writing for as long as she can remember. If she’s not writing or studying for classes, she can be found re-reading Harry Potter, watching Supernatural, or trying to win the affection of her cats.

Her debut YA contemporary novel, IN 27 DAYS, which garnered over 15 million reads on WattPad, released from HarperCollins/Blink in the summer of 2017. THE SILENCE BETWEEN US followed in 2019.