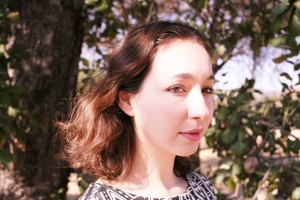 HAYLEY CHEWINS grew up in Cape Town, South Africa, in a house so full of books that she learned to read by accident. The second eldest of four daughters, she sang incessantly as a child. So incessantly, in fact, that she was sent to lessons twice a week in the interests of household peace. Hayley studied classical voice for a year before switching to a degree in English Literature and Italian. Since then, she’s collected an odd array of qualifications—including an LLB from the same law school that Nelson Mandela attended. She lives in Johannesburg, South Africa, in a house full of art and music and color, with her husband, a small poodle, and a husky that moonlights as an escape artist. She believes in two things above all else: the magic of love, and the heroism of sisters. Hayley’s debut novel, The Turnaway Girls (Candlewick, 2018), was a Kirkus and Publisher’s Weekly Best Book of 2018 and was featured on the Amelia Bloomer List of Best Feminist Books for Young Readers. Her second book, The Sisters of Straygarden Place (Candlewick, 2020), won the Foreword Indie Gold Award for Juvenile Fiction and was an Amazon Best Book of the Month.