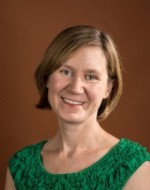 Shannon Hassan brings a depth of business and editorial experience to her role as agent, having worked in publishing and law for more than 15 years.  She represents authors of accessible literary and commercial fiction, young adult fiction, and middle grade fiction.  She is drawn to fresh voices, compelling characters, and crisp prose, and enjoys both contemporary and historical settings. Based in Boulder, Colorado, she is also eager to hear from authors with a unique perspective on the West.

A sample of books Shannon has represented: THE CANYON’S EDGE, a middle grade novel-in-verse by Dusti Bowling (Little, Brown), IN 27 DAYS by Alison Gervais (HarperCollins), soon to be a TV series from SONY’s Affirm Films, THOSE WHO PREY, a YA thriller by Jennifer Moffett (Atheneum), I AM DEFIANCE, a middle grade historical novel by Jenni Walsh (Scholastic), A DARK PARADISE  mystery series by Debra Bokur (Kensington), INSIGNIFICANT EVENTS IN THE LIFE OF A CACTUS, best-selling middle grade series by Dusti Bowling (Sterling), THE SILENCE BETWEEN US, an ALA award-winning young adult contemporary by Alison Gervais (HarperCollins),   DIE YOUNG WITH ME, an ALA award-winning memoir by Rob Rufus (Simon & Schuster), THE POTION MASTERS, a middle grade fantasy series by Frank L. Cole (Shadow Mountain), LIKE SPILLED WATER, a multicultural young adult novel by Jennie Liu (Lerner), and A LIGHT OF HER OWN, a historical novel by Carrie Callaghan (Amberjack).

Before becoming an agent, she was the Acquisitions Editor at Fulcrum Publishing, and prior to that, a corporate attorney at Arnold & Porter in New York. She received her JD from Harvard and her BA from George Washington University, and she serves on the board of The Dairy Arts Center. Follow Shannon on Twitter: @ShannonHassan.